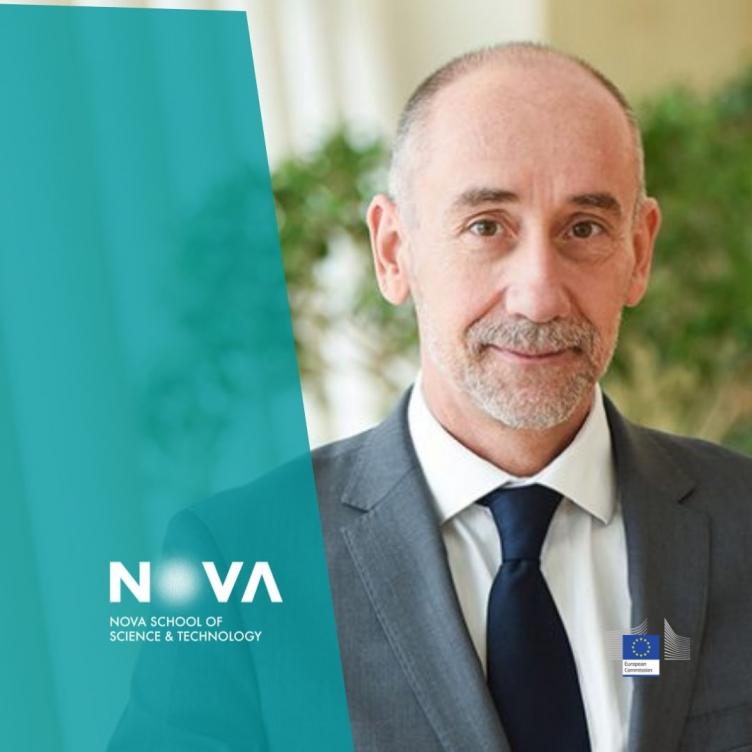 The European Commission's Director-General for Research and Innovation, Jean-Eric Paquet, was at NOVA School of Science and Technology | FCT NOVA on Tuesday, 1st February, in the scope of his visit to Portugal.

Jean-Eric Paquet, together with the Minister of Science, Technology and Higher Education (MCTES), Manuel Heitor, participated in a wide-ranging dialogue with the scientific community and several companies representatives at the Associated Laboratory CENIMAT-i3N - FCT NOVA Materials Research Centre. The meeting was opened by Virgílio Cruz Machado, Director of FCT NOVA, and was moderated by Elvira Fortunato, professor and researcher from the Materials Science Department.

During the session, which was broadcasted live and counted with the participation of the President of the National Council for Science, Technology and Innovation (CNCTI), José Manuel Mendonça, the Coordinator of the Council of Associated Laboratories (CLA), João Rocha, the CEO of the International Centre of the Atlantic - AIR Centre, Miguel Bello the President of the Foundation for Science and Technology, Helena Pereira, and several leaders, researchers and businessmen, the priorities of the European Research Area (ERA) were addressed, including issues related to scientific careers, scientific infrastructure, Open Science and missions under Horizon Europe. 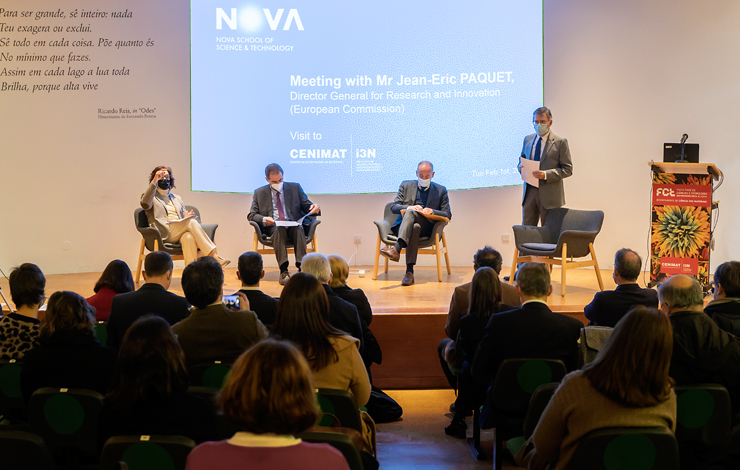 During the recent Portuguese Presidency of the Council of the European Union, Portugal announced its intention to double its participation in the Horizon Europe programme for 2021-2027 compared to the Horizon 2020 programme and to attract two billion euros for research and innovation activities, aiming for an effective convergence to the Europe of Knowledge by 2030.

The School has been at the forefront of these initiatives, being one of the Portuguese higher education institutions with the largest number of ERC grants and has had the ability to create research of excellence that has been receiving not only European support but also international recognition. 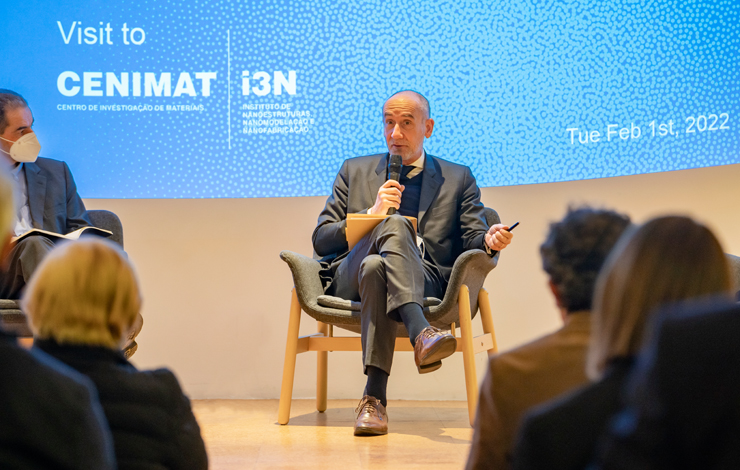 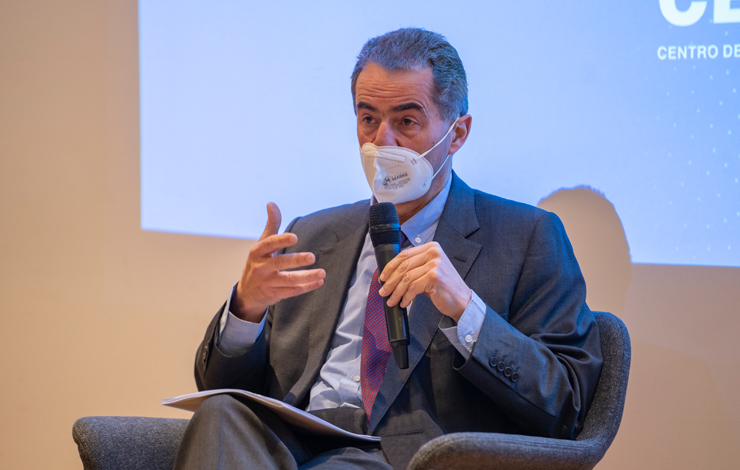 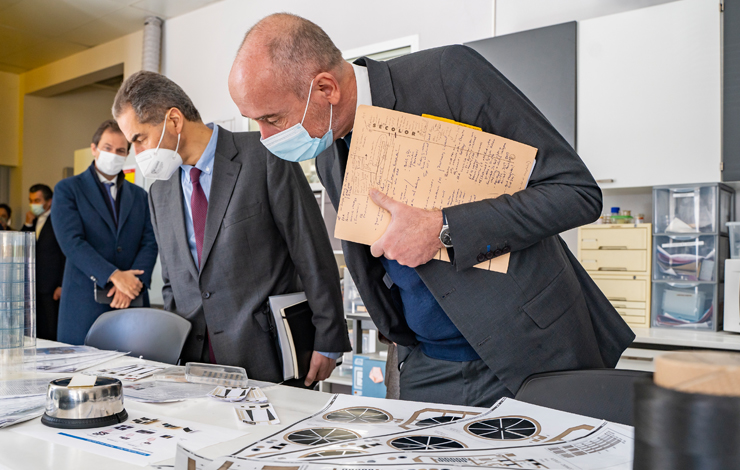 The Minister and the Director-General visiting the CENIMAT laboratories 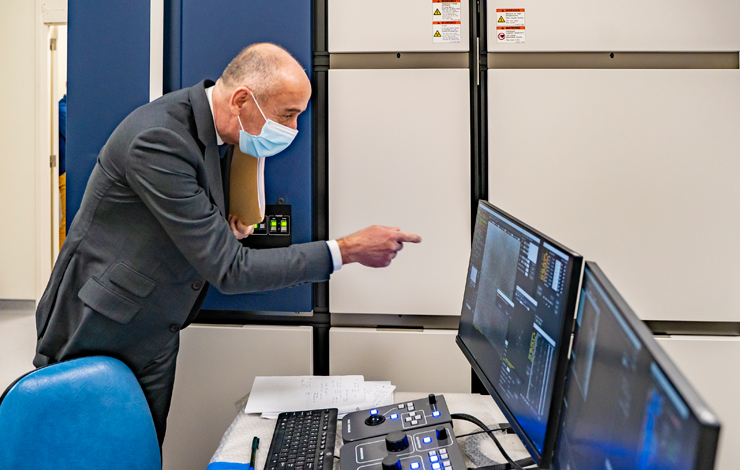 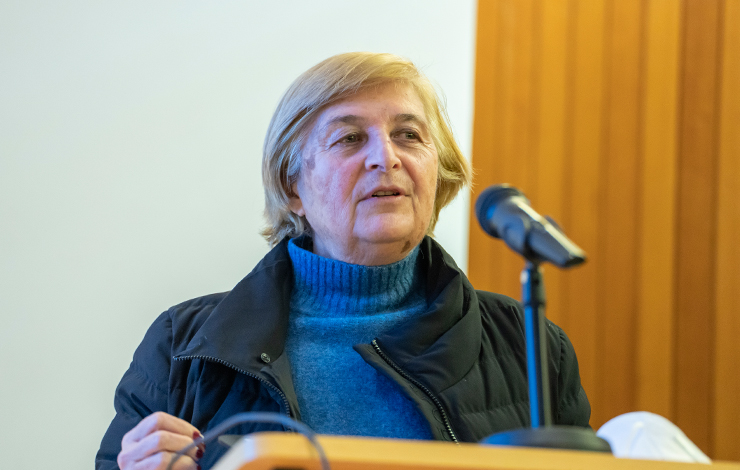 Helena Pereira, President of the Foundation for Science and Technology 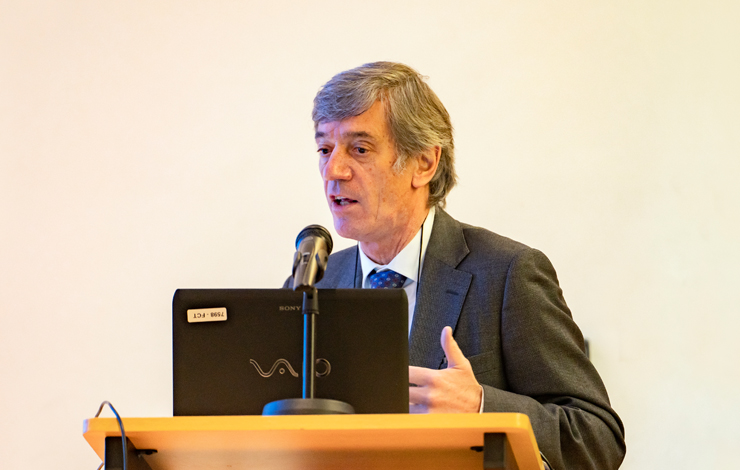 José Manuel Mendonça, President of the National Council for Science, Technology and Innovation