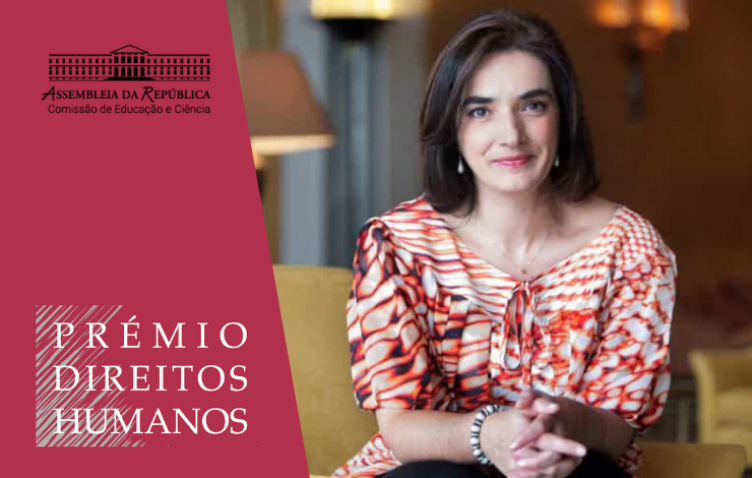 On July 7, in the Assembly of the Republic, the Human Rights Prize 2020 Ceremony took place in which the professors and researchers of Universidade NOVA de Lisboa, Elvira Fortunato and Maria do Rosário Martins, were awarded the Gold Medals Commemorating the 50th Anniversary of the Universal Declaration of Human Rights.

The President of the Portuguese Parliament, Eduardo Ferro Rodrigues, recalled the reasons for the attribution of this recognition "to Maria do Rosário Martins, eminent academic in the area of public health, for the coordination of the first comparative study on the consequences of the COVID-19 pandemic (in immigrant families and of Portuguese nationality); and to Elvira Fortunato - who needs no introduction -, for the work that she has been developing in the area of scientific research on the COVID-19 pandemic.

Professor Elvira Fortunato recognised the special significance of this distinction as being "above all the corollary of an entire career dedicated to a passion that is scientific research, always with the responsibility of sustainability" while also highlighting the fundamental importance of teamwork. In her speech she also mentioned that "Although we are half of the population, the work of women is still less valued", dedicating this award "to all women who work and fight every day for more equal opportunities".

Professor Maria do Rosário Martins, meanwhile, used her speech to warn that "Literature is unanimous in all countries that the pandemic has exacerbated existing social and economic disparities" and "if nothing is done, inequalities will amplify, creating a more unjust society, where it will be difficult for human rights to prevail."

"I dedicate this medal to all migrant families around the world, who in times of pandemic have been even more distant from their own, often isolated in a society that is generally unfavourable to them," he concluded.

SEE VIDEO OF THE CEREMONY